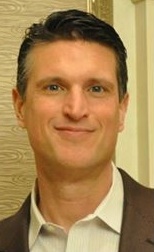 From his experience in school, Eugene knew he wanted to apply his leadership skills in his career. He sought employment that would be well suited to his strengths and this goal. Eugene Chrinian found a job as a salesperson at a local furniture store, also upstate New York. Little did he realize this was the beginning of the current company he leads: Factory Direct Enterprises, LLC, operating seven Ashley Furniture HomeStores in metro New Jersey and New York.

Once he completed his tenure as an undergraduate student, Eugene Chrinian soon relocated to Middletown, NY. Once in Middletown, Eugene began his professional life there as a sales associate at a local furniture. Owing to his work ethic and interest in the business, he was quickly promoted to the role of manager.  While still adjusting to life in Middletown, Eugene met a beautiful young woman named Donna. After spending time with her, he realized that the pair shared similar values and aspirations for their futures.

Eugene and Donna were later married in the New Hackensack Reformed Church. After many years of shared marital bliss, Eugene Chrinian and his wife Donna moved to Mahwah, New Jersey so Eugene could start his own business. The two currently reside in Mahwah, NJ and have two wonderful sons.

When his sons were younger, Eugene Chrinian made a point to spend time with them, and was a very visible figure in their lives as the coach of  their basketball teams, attendee at church youth group events, and leading or chaperoning on mission trips. Eugene Chrinian’s two sons are now finding their own paths as young adults. Eugene’s eldest recently graduated from Eastern University in St. David’s Pennsylvania and now is a strong leader on Eugene’s management team.  Eugene’s youngest son is now in the Graduate’s School at the University of Notre Dame.

Starting his own Business

When he first moved to New Jersey, Eugene Chrinian’s intention was to start his own business. This was a natural fit considering the strong foundation leadership values imparted on him through years of playing basketball, and all that he had learned during his undergraduate years. Initially, Eugene launched a retail furniture business in East Rutherford, New Jersey. Factory Direct Enterprises, LLC quickly grew into a fruitful company under Mr. Chrinian’s direction and hard work. Once Eugene saw that this initial business was doing well, he realized that this would be an ideal time to branch out and expand to new locations. These additions to the Factory Direct Enterprises, LLC family included other locations in New Jersey in Ramsey and Hasbrouck Heights. As Eugene’s furniture locations continued to expand, each location showcased not only Mr. Chrinian’s personal brand of expertise and customer care, but each location also provided an opportunity to expand the reach of the values and quality service and products offered by this country’s number 1 furniture brand, Ashley Furniture HomeStore.

Sharing the Word of Philanthropy and Leadership

Leadership and Service are two of the cornerstones of the professional and personal life of Eugene Chrinian. He feels humbled to have had the chance to explore both so fully during his lifetime in his work as the CEO of Factory Direct Enterprises, LLC and through his involvement with charitable organizations. To learn more about effective leadership skills and growth tools, as well as information on how to fully consider and incorporate philanthropy into a daily practice, visit Eugene Chrinian’s SoundCloud, or by watch his Vimeo Presentations. If leadership and philanthropy are as important to you as they are to Eugene Chrinian, come engage in a place where discussion and development of these topics is right at home.