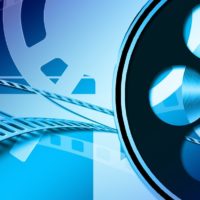 From stories about overcoming adversity to epic tales of love, movies have become part of our collective imagination. Many films resonate so strongly with us because they feature characters and themes that speak to the ideas and values we hold dear. Besides the entertainment factor, business leaders can find films to inspire them and their teams. Feeling like the underdog? Experiencing a crisis? Finding the odds stacked against you? No matter the situation, chances are good there is a movie that will provide hope and offer examples of how others handled a similar situation. Whether you’re looking to start a dialogue with your team about leadership, or you simply need a dose of inspiration for yourself, try one of these famous films for your next movie night.

No list of inspirational leadership movies would be complete without the 13th century story of William Wallace. During the struggle between the English and the Scots, Wallace becomes a local hero when he rallies the Scots to fight back. The murder of his wife becomes the motivation he draws on to enter the struggle for Scotland’s freedom, and he inspires others with his passion for the cause. He demonstrates courage, leadership, and the determination to fight for what is right.

Memorable quote: “They may take our lives, but they may never take our freedom!”

Based on the true story of a high school basketball team in Richmond, California, Coach Carter is an inspiring tale of leadership under pressure. Coach Ken Carter takes a team with a dismal athletic record and an even more dismal academic record on a turnaround journey that catches the town’s attention. He gains national notoriety, however, when he benches the team prior to a championship game because of their poor grades. Carter, in an effort to set a standard for success, signed contracts with each of his basketball players that detailed his expectations of their behavior. That contract specified that they perform well academically. When they failed to keep their end of the bargain, he stayed true to the contract and refused to let them play.

Leaders feeling the pressure to give in to the demands of others will be inspired by the story of Ken Carter and the impact he had on his students’ lives. Despite the loss of the game, he taught his students how to win in life and the importance of being true to your principles.

The classic Robin Williams film about a teacher at an all-boys school is an epic coming-of-age tale that demonstrates the power of individuality and inspiration. The students aren’t convinced of the importance of their education, and are hesitant to accept Williams’ character, John Keating, as their teacher. Keating is unsure of his ability as a leader and struggles to make a connection with the students in his class. In spite of their rocky start, the students’ eventual adoration of Williams and his profound impact on their lives is a testament to the power of inspirational leadership.

Leaders who want to propel their team to greatness can take lessons from Williams’ inspiring antics in the film. The students rally around him and live the lessons he taught because he gave them a reason to dream.

Memorable quote: “No matter what anybody tells you, words and ideas can change the world.”

Based on the story of King George VI of the United Kingdom, The King’s Speech tells the story of a man who found the courage and confidence to lead in spite of his self-doubt. Similar to many leaders, George felt unfit to lead, yet found himself thrust onto the British throne when his older brother abdicated to marry an American divorcée. Overcoming a stammer with the help of a speech therapist, he developed into a successful leader who brought his country through war.

Leaders who are unsure of their capabilities or who feel unprepared for their role may be inspired by George’s struggle and victory over his speech impediment. Many will identify with the process of admitting they have a problem, seeking help, and ultimately overcoming their challenges to find success.

Memorable quote: “We can only do the right as we see the right.”

Leaders are constantly looking for new ways to inspire and motivate their teams, and watching a classic movie together can be a fun way to accomplish this. Breaking out the popcorn during a staff development meeting offers a new way to start a discussion about what an effective leader looks like, how to find unique ways to solve problems, or other important questions. Don’t feel as though you have to show the entire movie at once; play only relevant clips or break the movie up into several parts to be shown during a month of training sessions. Video is a powerful tool and everyone loves a good movie—take advantage of the opportunity to use the big screen to teach your team.

Don’t have time for a movie? Check out this list of inspiring books that can provide leadership lessons and motivation as well.

← How Chess Can Make You a Better Leader