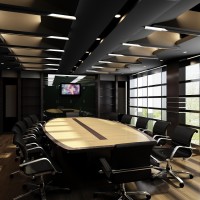 It has been said that the definition of insanity is doing the same thing over and over while expecting different results. Similarly, leaders who aspire to greatness know that one of the biggest dangers they face is that of falling into a rut. Dealing with employees, developing strategies, and creating marketing plans can be wearying, and many leaders find themselves falling back into what works, even if that method is not the most effective one available.

Preventing stagnation requires consistent improvement and a clear plan for moving forward in every area of leadership. To accomplish this, leaders need to be skilled in performing the following actions: 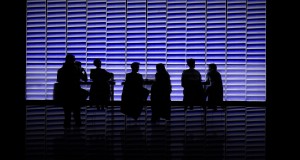 Sometimes, one of the most effective tactics a leader can use is to play devil’s advocate. Taking an opposing point of view not only challenges a team to thoroughly investigate a matter, it can also illuminate any weaknesses in a strategy or process. Using this strategy is as simple as asking “Why?” or “What if?” during every stage of development or planning.

If the phrase, “That’s how we’ve always done it” is a regular part of the vernacular in your office, it may be time for you to put this skill to work. Give your team the flexibility to tackle issues in a new way, develop a new approach to an old problem, or find previously undiscovered revenue streams.

When asked by a reporter about his apparent failure at inventing the first light bulb, Thomas Edison famously quipped, “I have not failed. I’ve just found 10,000 ways that won’t work.” Leaders who are so focused on success that they despise failure are missing out on the learning opportunities that failing provides.

The list of “mistakes” that have gone on to be huge successes include penicillin, Post-it Notes and Silly Putty. These inventions were accidentally discovered in the pursuit of a different goal. In some instances, the mistakes became more successful than the original intention. Leaders who are intolerant of mistakes stifle creativity, as well as create an unhealthy work environment in which team members are afraid to try anything new.

Encourage team members to take risks, and celebrate what works—and what doesn’t. 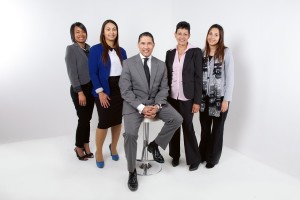 Two of the hardest things for a leader to do are to take the blame and to share the credit. A great leader, however, does both. Leaders who want to build exceptional teams understand that by taking the blame, they are cultivating an environment where risk-taking has a safety net. Similarly, when leaders share the success with their team, it results in a sense of loyalty among team members.

Find ways to share the successes with those who made them possible, while displaying the type of leadership that declares, “The buck stops here.” By leading your team with this humble approach, you will most likely never find yourself with a shortage of workers.

Not only is listening a powerful piece of communication, it is one of the most underused leadership skills today. Listening intentionally means being purposeful in your pursuit of information. It is more than simply being present while someone is speaking. It requires paying careful attention to what is being said—both verbally and non-verbally—while remaining non-judgmental. Withholding your opinion (both good and bad) gives team members the opportunity to share their thoughts without regard to what they think you want to hear.

Practice intentional listening regularly to get a new perspective on the state of your company.

When most leaders think of diversity, they envision the racial demographics of their team members. While this is a part of diversity, a truly diverse team is comprised of team members that differ across ages, perspectives, genders, and experiences.

It is human nature to want to surround ourselves with those who look, think and act like we do. As leaders, this can result in a “yes team” that simply parrots back the same ideas and philosophies that we hold. To overcome this tendency, try to recruit people who are outside of your comfort zone.

Building a diverse team allows for innovation and growth, typically in ways that wouldn’t be possible with a team of clones.

Great leadership requires a constant evolution of skills and methods, some of which seem counterintuitive to established management styles. Don’t be afraid to try a new approach to leadership that you can put into practice today.