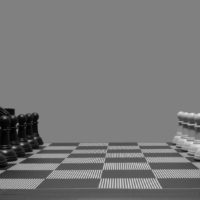 While the battles of knights and kings may be relegated to storybooks and history lessons, the game of chess gives modern players the opportunity to outmaneuver an opponent while learning valuable lessons in strategy and planning. In fact, many corporate leaders have employed tactics in the boardroom that they gleaned from the world of chess.

The following chess strategies can offer direction and inspiration to executives everywhere:

Know the value of each piece. 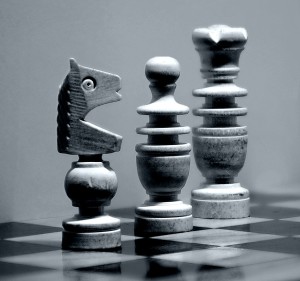 This strategy is a favorite of Peter Thiel, one of Facebook’s earliest investors and the founder of PayPal. Thiel has a long history of being a chess master. He has spoken openly about his experiences with applying chess principles to business situations and makes valid arguments for his success being directly tied to his chess strategies.

According to Thiel, each piece has a particular value and must be used according to its value. Understanding the particular value of the pieces allows the chess player to make decisions of how and when to play the piece. This value-based decision making can also benefit a business leader and lead to effective strategizing.

According to Thiel, there are two types of people: athletes and nerds. Regardless of the setting, he categorizes every person into one of those groups. Nerds, in Thiel’s estimation, are the thinkers who avoid confrontation, while athletes make every situation a competition. To be successful, businesses need both types of contributors.

An internationally acclaimed chess master at age 22, Garry Kasparov became the one of the youngest players to win the title of World Chess champion. According to Kasparov, chess is not a quiet, cordial game. It is about one thing: demolishing your enemy. Business therefore, should also be a fight to the very end.

Be comfortable in enemy territory.

Another favorite strategy of Kasparov is to become comfortable in enemy territory. By being able to play with ease in the competitor’s playing field, you can lull them into a sense of security and trick them into making a move into your territory. To follow Kaparaov’s lead, a business leader must become familiar with their competition and be prepared to fight to win.

Focus on the Endgame.

A child prodigy, Justin Moore was widely regarded as one of the top-20 United States youth chess players. In his later years, he became the CEO of Axcient, a provider of cloud services. To Moore, business is nothing more than a giant game of chess. He understands the value of knowing the endgame and planning accordingly. Chess players lose games by becoming distracted by moves that lead to nowhere, and business leaders can find themselves in the same situation. By keeping laser-like focus on the endgame, chess players and leaders can both be successful.

A stunning example of chess principles at work in the world of business is in the area of photography. In recent years, the name Kodak was a giant in photography and film development. The firm made a colossal blunder, however, in its strategic planning. Failing to account for the moves of its competitors, Kodak was unprepared for the onslaught of digital photography into the marketplace. It was thus slow to respond, uncertain of what move to make, and it failed to move into its competitor’s territory. As a result, Kodak is now little more than a faded memory in the photography industry.

Know when to sacrifice your pawn. 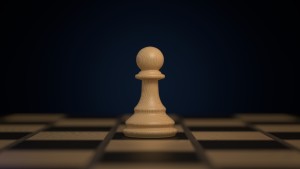 Japan’s entrance into the competitive American automotive industry in the 1970s was a very risky proposition. However, Japan was able to take advantage of the innovative technology of the time to enter the market. Using the effective chess strategy of sacrificing pawns to ultimately win the game, Japan opted to sacrifice short-term profits to achieve its long-term goal of success.

Japan introduced its brand of cheap, energy-efficient cars to the American public, and then waited. Americans, becoming increasingly disillusioned with high-priced cars and rising gas prices, began to purchase the Japanese automobiles in large numbers. By the time that American car companies noticed what was happening, it was too late. While they were scrambling to develop their own versions of energy-efficient, economy cars, Japan had gained a solid foothold in the American market. American-made cars have yet to regain the ground they lost.

Business leaders are often reluctant to admit that they play games, and would likely never want to be caught playing during work hours. Perhaps, in light of the success of chess strategies in the corporate sphere, however, more CEOs should set up a chess board in their office and spend some time contemplating how to outwit the opposing player behind the knights, rooks, and royalty.

← Born or Made? A Thoughtful Look at the Origins of Leadership
4 Great Movies that Provide Inspiration for Business Leaders →