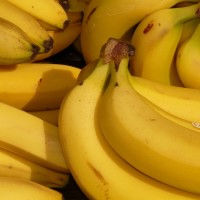 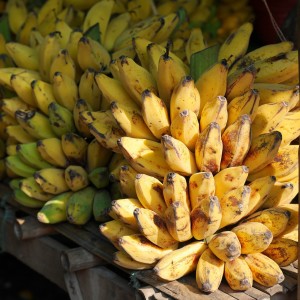 Late in the 1800’s, Samuel Zemurray found himself in Mobile, Alabama. A Russian Jew and an immigrant, Zemurray quickly realized he wasn’t welcome in the southern state and began to make his way up north. On his way out of town, he encountered something that would change his life: a pile of discarded bananas.

During this period in history, fresh fruit sales were handled by big fruit trading companies, and distribution was limited based on the fruit’s shelf-life as well as available transportation. Bananas were evaluated on their ripeness prior to shipping, resulting in abandoned masses of fruit left to rot and waste once they reached maturity. When Zemurray stumbled across bananas deemed too mature for transport up north, he realized he was staring at opportunity.

Zemurray purchased the entire supply of ripe bananas at a steep discount and sold them locally, making his entrance into the fruit business a resounding success. Within ten years he had over $100,000 in the bank, and his company was growing quickly.

Once he had established his re-sale banana business, Zemurray realized he could better control his operation by owning banana farms. In 1909, he purchased land in Honduras to plant bananas, clearing away acres of jungle and establishing himself as a serious contender in fruit sales.

When competitors passed laws making bridges over the Utila River illegal, Zemurray responded by building piers on either side of the river. His engineers designed a pontoon that could be quickly assembled and disassembled to connect the two piers, allowing him to transport his bananas across. Official inquiries were scoffed at; after all, it was simply a pier and a crude raft.

United Fruit was the largest banana grower in the region — and Zemurray’s chief competitor. They had an uneasy relationship, complicated by the overlapping territory they both wanted to acquire for banana farming. In many cases, Zemurray outsmarted United Fruit by seeking answers for himself.

Instead of relying on studies and expert opinion, Zemurray would interview cargo ship captains, talk to farmers and deal directly with landowners. By doing so, he was able to quickly capitalize on the information he received, and he eventually became the largest stockholder of United Fruit.

In 1932, United Fruit was reeling from the effects of the Great Depression, and Sam Zemurray took control of the company. Within months, the stock began to climb and the fruit company regained success. From his humble beginnings and small pile of ripe fruit, “Sam the Banana Man” Zemurray now stood at the helm of the world’s largest banana company.

What business lessons can one learn from the life of Sam the Banana Man?

Zemurray saw an opportunity in the sale of bananas and took a risk. Sometimes, instead of spending months evaluating risk, pondering success, and discussing potential pitfalls, you simply have to seize an opportunity that presents itself. A pile of bananas changed Zemurray’s life — what opportunity have you been faced with that’s waiting for you to seize it? 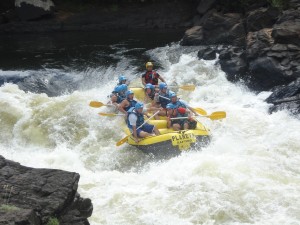 When confronted by an obstacle, Zemurray simply found a way to work within its limitations to accomplish his goal. He refused to give up, even when others tried to stop his success. No bridge? No problem — piers and boats will work. Can you find creative solutions to the obstacles you may be encountering?

Instead of disputing ownership of land claimed by both Guatemala and Honduras, Zemurray out-maneuvered United Fruit by purchasing the land from both owners. His swift thinking gave him an edge and enabled him to establish his farm in a prime location. Is there a simple solution to your complex problem?

Many corporate officials rely on reports and information gathered by others. Zemurray travelled to the banana field and transportation ships to find out for himself what was happening during times of crisis. By seeing firsthand the difficulties that workers were facing, he was better equipped to develop solutions and make informed decisions that would benefit the company. Have you purposely sought out firsthand information about issues within your business?

When Zemurray took control of United Fruit during the Depression, he knew that in order to survive, the company would have to undergo sweeping changes. He completely revamped the organization, replacing leading executives, spending time with workers in the field, and expanding operations. At a time when many companies were closing, he managed to build an empire that he ran until his retirement in 1951. His primary focus: eliminate unsuccessful methods and find ways to succeed. Are there changes that need to be made to allow your company to succeed?

The Banana Man overcame numerous obstacles on his path to success. Can you identify with the problems he faced? How can you implement some of the same strategies he used in your leadership strategy?