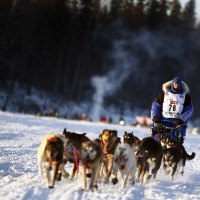 Business leaders can benefit from lessons learned in all kinds of competitive activities, including the sport of dogsledding—and the Iditarod Trail Sled Dog Race in particular. Each year, this 1,000-mile race through some of Alaska’s toughest terrain (often in extreme weather conditions) forces competitors to draw upon every available reserve.

As racers move from one checkpoint to the next, they are cheered on by family, friends and spectators who celebrate each arrival with cheers and applause, regardless of what time they arrive. In fact, due to the course’s level of difficulty, all participants receive a special “Red Lantern” award for merely completing it.

One Iditarod racer, Dallas Seavey, recently experienced a compelling win. A previous champion, he sought the title again at the 2014 Iditarod. During the contest, he was often alone—seeing other competitors at checkpoints or as he passed them in the snow. Seavey was running a strong race, but was in third place for much of the time, unable to overtake the two teams ahead of him. When he crossed the finish line on March 11, 2014, at 4:04 am, he expected to learn of his failure to reclaim his title. Instead, he was shocked to discover that not only had he won the race, but he had also broken the previous record for speed.

Completing an Iditarod requires a kind of fortitude that few possess. Finishing an Iditarod in record time is another feat altogether. What are the lessons a business leader can glean from Seavey’s race to the finish line? 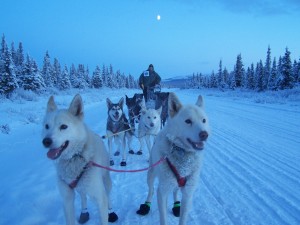 Seavey was in third place and had no discernable way of overtaking the leader for the majority of the race. However, he lost sight of the other competitors at the last few checkpoints. If he hadn’t decided to keep striving for his personal best, regardless of how he placed in the event, he would have inadvertently missed out on the opportunity to claim the win.  Often, leaders want to give up when it doesn’t look like their idea will be the smashing success they expect, or they discard ideas because they didn’t achieve their goal on their timetable. Persevering to the end can often bring surprising results.

Aliy Zirkle roared across the finish line two minutes after Seavey, doubtless regretting a last-minute decision that cost the race. Weather conditions had worsened, blowing the first-place team off course into a snowdrift. Zirkle, who had been in second place, decided to stop at a checkpoint to wait out the weather, hoping to hold on to her new-found lead. While in the checkpoint, she rested her dogs and lay down to take a nap. She woke two hours later when the sounds of another dogsled team—Seavey’s—went blazing by.

Leaders may want to step back and relax their efforts to succeed, not realizing that someone else will overtake them during their inactivity. A leader who truly wants success will push through difficulties and keep working towards the finish line.

Seavy’s success depended on his team’s performance. If his dogs hadn’t trusted him to lead them safely, he would not have won the race. While it can take a long time to earn it, this level of faith is what allowed the dogs to run over 100 miles a day with minimal breaks to rest. A good leader proves to his team that he won’t steer them wrong. He also shows them that he knows their strengths and weaknesses, and he won’t push them beyond their limits. 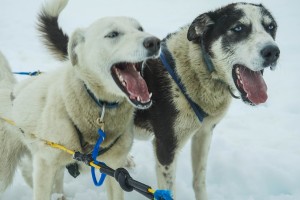 When Seavey’s race team went through the checkpoint, he was unaware that Zirkle was sleeping inside. He was simply determined to finish the course. In spite of his third-place misconception, he was attempting to complete the course in the fastest time possible. His decision to skip the checkpoint in an effort to save time won him the race. As Zirkle scrambled to get her team back on course, Seavey carved out a 19-minute lead. He held on to that lead for the remainder of the race, despite the sounds of Zirkle’s team gaining on him.

Most leaders will not find themselves at the back of a dogsled team, mushing through snow and sleet. They often, however, find themselves trying to propel their team through disappointments, setbacks, and competition. Taking a page from Iditarod champion Dallas Seavey can provide inspiration for leading teams to success.

← 4 Ways to Reach the Millennials on Your Team
Born or Made? A Thoughtful Look at the Origins of Leadership →